We are excited to announce our first partner and headline sponsor, Atlanta’s first Game Bar, the Battle And Brew! 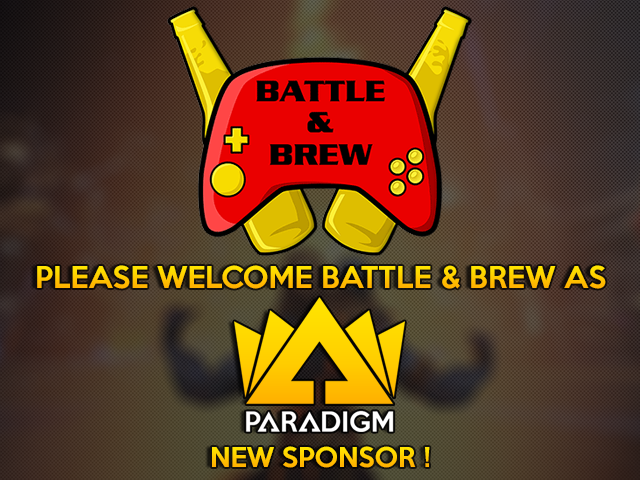 We ourselves are so taken with the Battle And Brew, that we made it Paradigm’s Official Home and thus go-to location for the PDG fan party during the 2016 SWC, where you’ll be able to see our European Championship trophy, buy Paradigm merch and also catch the team streaming live on the Battle And Brew’s TVs. We are also planning a meet & greet with our players!

Check out the Battle And Brew with your friends sometime and rent one of their TVs and various consoles for the evening or venture forth alone and make new pals who share your passions!

Necessary Always Enabled
Necessary cookies are absolutely essential for the website to function properly. This category only includes cookies that ensures basic functionalities and security features of the website and do not store any personal information.
Non-Necessary
Any cookies that may not be particularly necessary for the website to function and are used specifically to collect user data via analytics (IP address, browser build, OS, origin country, search engine and search words used). These are used to help me make my site work better on various browsers / systems and bring you content you are actually looking for.
SAVE & ACCEPT
Send this to a friend
Hey!
This might interest you: *Battle And Brew* Sponsorship (https://fiyahkitteh.com/battle-and-brew-sponsorship/)